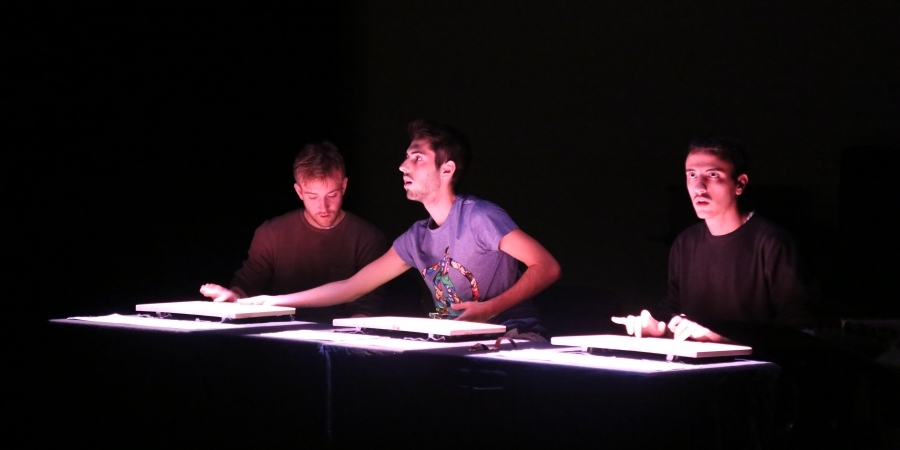 Besides concerts, dance/music theaterproductions and other public outings, SDH is active in education and talent development. In collaboration with the Royal Conservatory The Hague, SDH offers a Masters specialization in Ensemble percussion.  During this specialization young creators get a chance to share their ideas during KOnStruCt - a series of informal presented concerts happening twice a year. In addition the young percussionists contribute to SDH productions and are given the space to develop their own projects under the flag of Young SDH. Young SDH consists of a group of young, often still studying, percussionists and composers.

Percussionist Gabriele Segantini completed the Masters specialization Ensembleslagwerk in 2019 succesfully. Antonio Bove and Miguel Varela played, during their studies, along with multiple SDH-productions. Gabriele, Antonio and Miguel now form the young, dynamic percussion trio XTRO. On invitation of the five years old Erasmus House in Jakarta, this trio will do a tour in Indonesia under the flag of Young SDH.